The executive who was responsible for overseeing Amazon’s move into brick-and-mortar retail, Cameron Janes, has now left the company.

Janes, who was Vice President, Physical Retail, updated his LinkedIn profile on Tuesday and the move has been confirmed by Amazon.

Janes had spent 14 years at the retail giant, which he joined in 2009 after almost four years at Walmart, and he held senior positions in the company’s Kindle e-reader and digital video division.

The executive oversaw the day-to-day operations of Amazon Go stores, which use cashierless Just Walk Out technology.

Amazon has not specified who is taking over from Janes.

The news comes as the retail giant eyes further growth in the physical retail space; internal documents seen by Business Insider revealed earlier this month that the technology giant plans to open 260 new checkout-free shops across the UK.

Brittain Ladd, a former Amazon executive recently claimed that Amazon’s cashierless Just Walk Out stores have made every grocery supermarket around the world “obsolete.”

Use of BNPL reaches all-time high 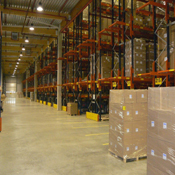