Amazon is launching a new larger store format, spanning nearly five times the floorspace of its current Amazon Go cashierless convenience stores. The Amazon Go Grocery store in Seattle’s Capitol Hill will now accommodate shopping carts and feature around 5,000 goods – compared to the 500 to 700 stocked in the original format.

Sainsbury’s has hired a former Amazon staffer to head up its e-commerce operations for clothing brand Tu. According to reports in Drapers, the big four retailer has hired Jessica Brown, who most recently led development of the Amazon Alexa as principal product management, after nine years at the online retail giant during which she held several roles, including head of fashion and senior program manager of fashion.

Online shoppers desire for personalised digital experiences is at odds with demands for privacy, according to Episerver. The digital experience company’s fourth-annual Reimagining Commerce report was based on a survey of more than 4,000 people from the United States, United Kingdom, Australia, Germany and Sweden who shopped digitally in the past year.

The Insolvency Service paid out £346 million to former employees of businesses that became insolvent during 2019 – with the cost of payouts rising by 16 per cent to the highest level in seven years. A Freedom of Information request made by property adviser Altus Group, which detailed that the number of retail insolvencies in England and Wales rose by 3.9 per cent.

Asda has upgraded its ToYou e-commerce pick-up and drop-off service with new features, including a new website and automated parcel robots. Launched in 2015, the system lets online shoppers choose their local Asda store as a delivery and returns location when purchasing with 115 third-party retailers, including Missguided, ASOS, Feelunique, Gymshark and PrettyLittleThing.

Bonmarché has reportedly been sold to Edinburgh Woollen Mill Group’s Peacocks. Drapers reported that the Philip Day-owned retailer has acquired the majority of Bonmarché assets, including stock and around 200 of its 270 stores.

PUMA has announced a global partnership with Emarsys to enhance its delivery of personalised customer communications across multiple channels and points of sale. Using Emarsys’ omnichannel marketing platform platform, the sports brand will be able to unify data from all consumer touchpoints throughout North America and Europe.

HULFT
Find out how HULFT can help you manage data, integration, supply chain automation and digital transformation across your retail enterprise.
Full Description

After a surprisingly strong Christmas sales period, retailer hopes of a continuation of such growth into 2020 were dashed in January, with online retail sales growth back in negative territory, down 0.4 per cent year-on-year. The latest IMRG Capgemini Online Retail Index did reveal a few positive stories at a category level, with online beauty retail sales up 7.1 per cent – although this was relatively subdued in comparison to its average growth of 23.3 per cent in 2019. Meanwhile both home and clothing also saw increases of 6.1 per cent and 3.1 per cent respectively.

Lidl has committed £1.3 billion to expanding its store footprint in the next two years, as the discount retailer opened its 800th UK store. The latest store opening follows a period of rapid growth, with 50 new stores opening in the last 12 months and 16 new stores planned for January and February.

Retail sales grew by 1.2 per cent and 0.9 per cent in January, in terms of the amount spent and the quantity bought respectively, mainly because of a recovery from a weak November and December 2019. This was according to the latest Office for National Statistics figures, which also showed that when compared with a year earlier, both measures reported growth at 2.1 per cent for the amount spent and 0.8 per cent for the quantity bought. 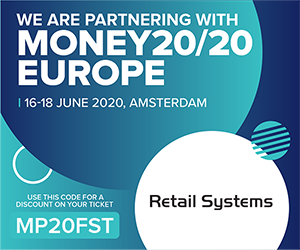 How to transform your shop floor productivity

101: how label digitalisation is helping brands keep up with Fast Fashion

How to transform your supply chain and keep a competitive edge

Is IoT a Reality for Retail Today?

5 Critical Components for Every Omnichannel Strategy

Shoppers and retailers agree: all we want for Christmas is Omnichannel visibility

Why the High Street needs a digital upgrade
Fluent Commerce’s EMEA managing director Rob Shaw sat down with Retail Systems editor Peter Walker to discuss omnichannel opportunities, the best way to tackle technology and how the company is expanding into the UK and Europe.
Q&A

Why the High Street needs a digital upgrade